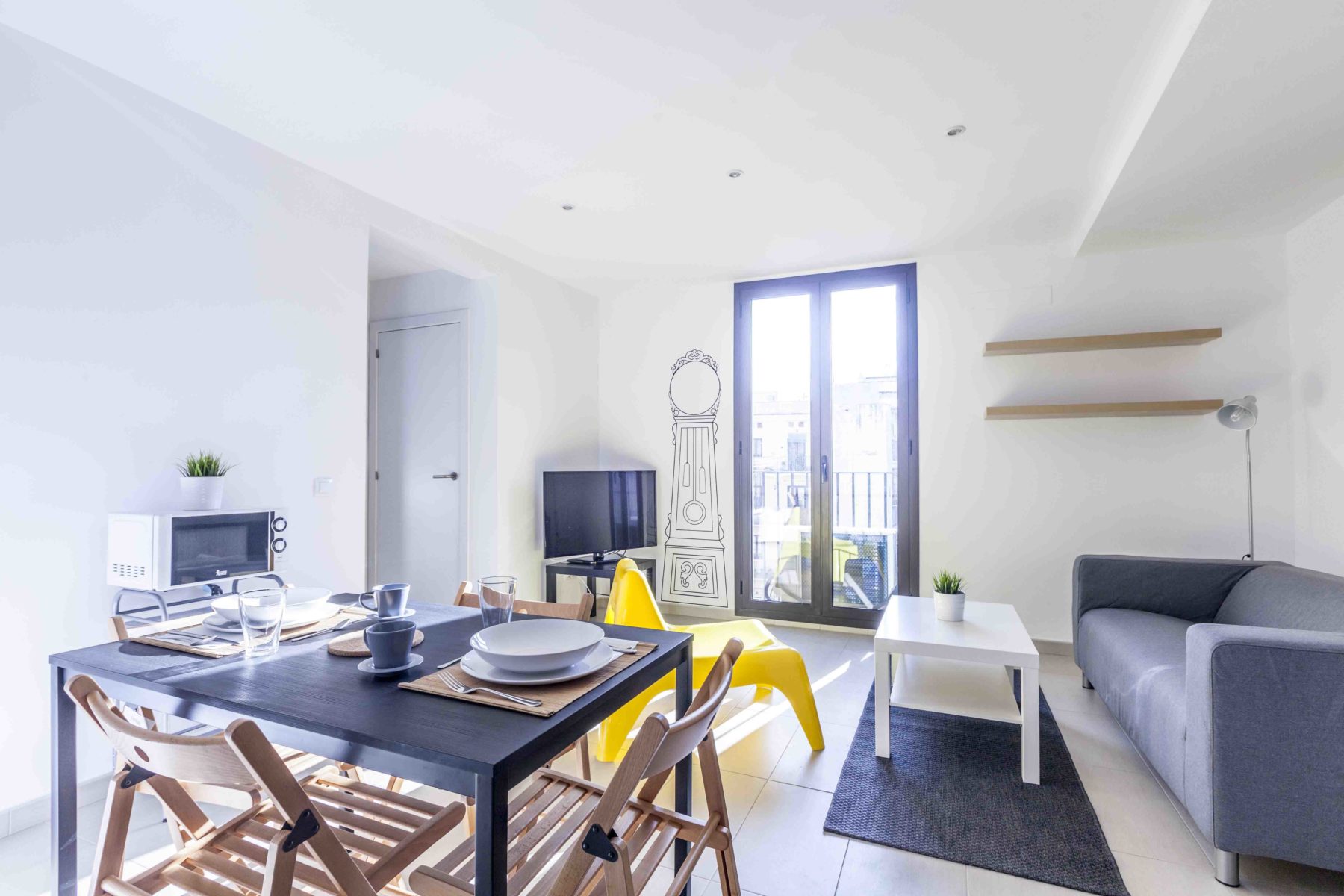 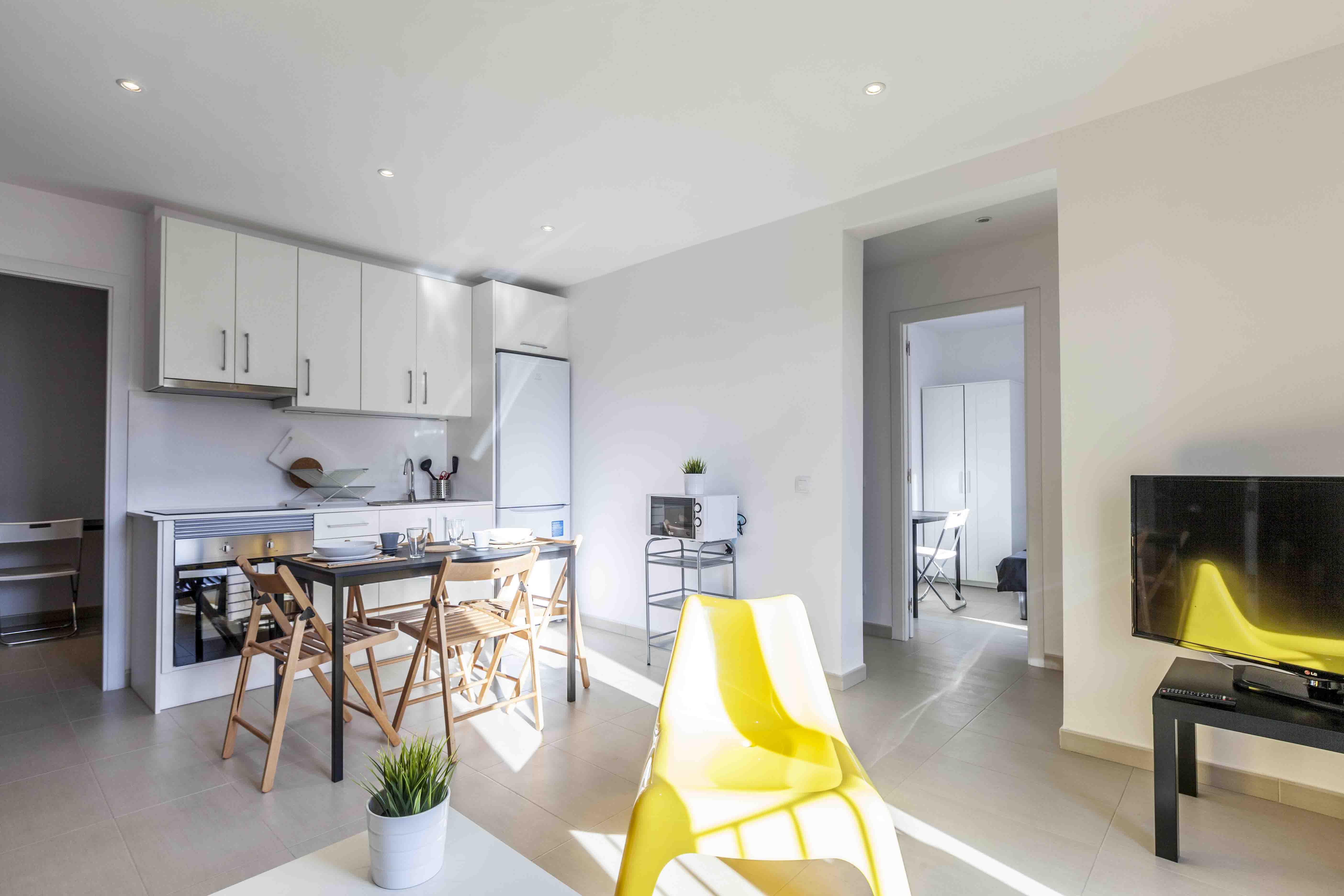 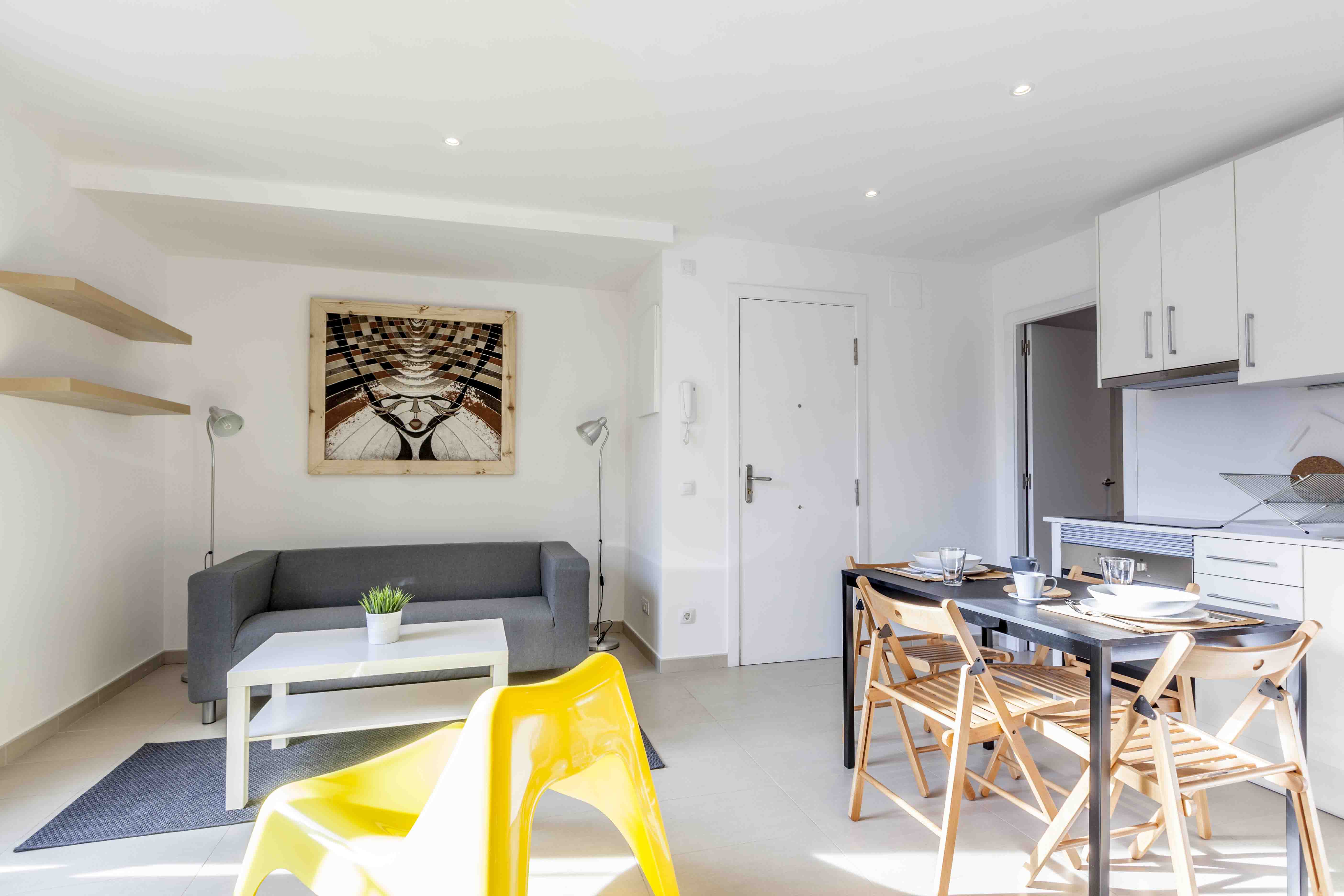 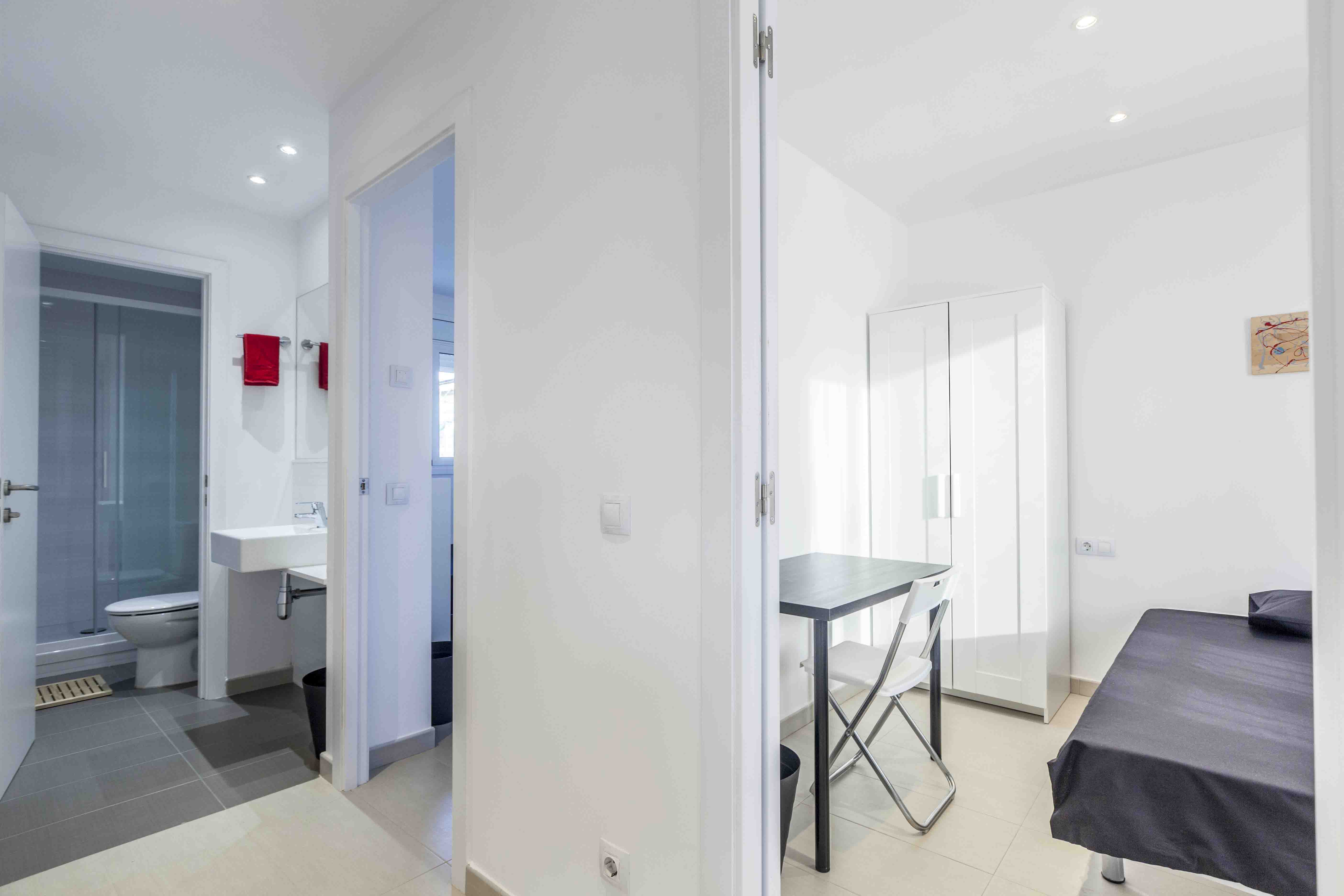 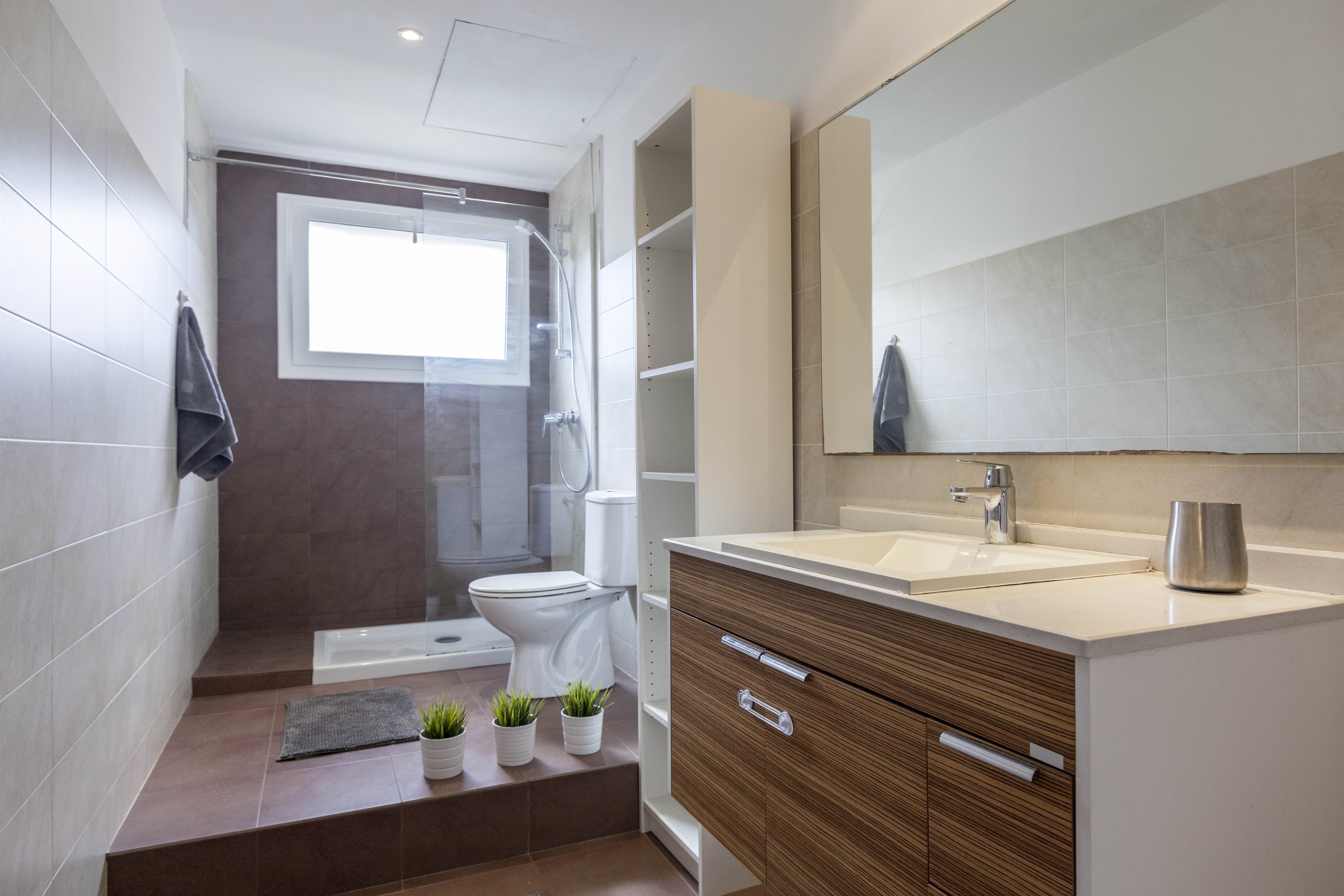 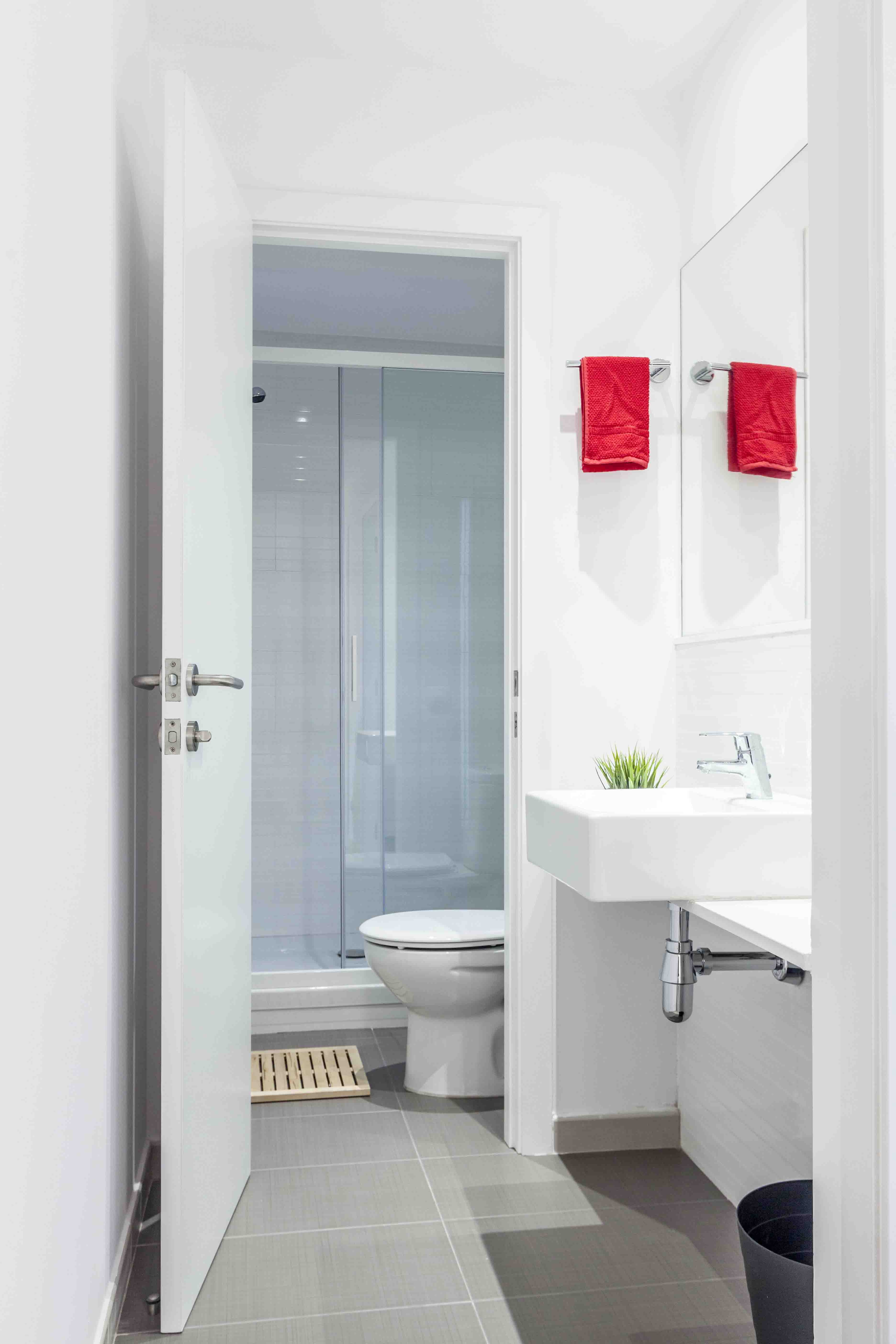 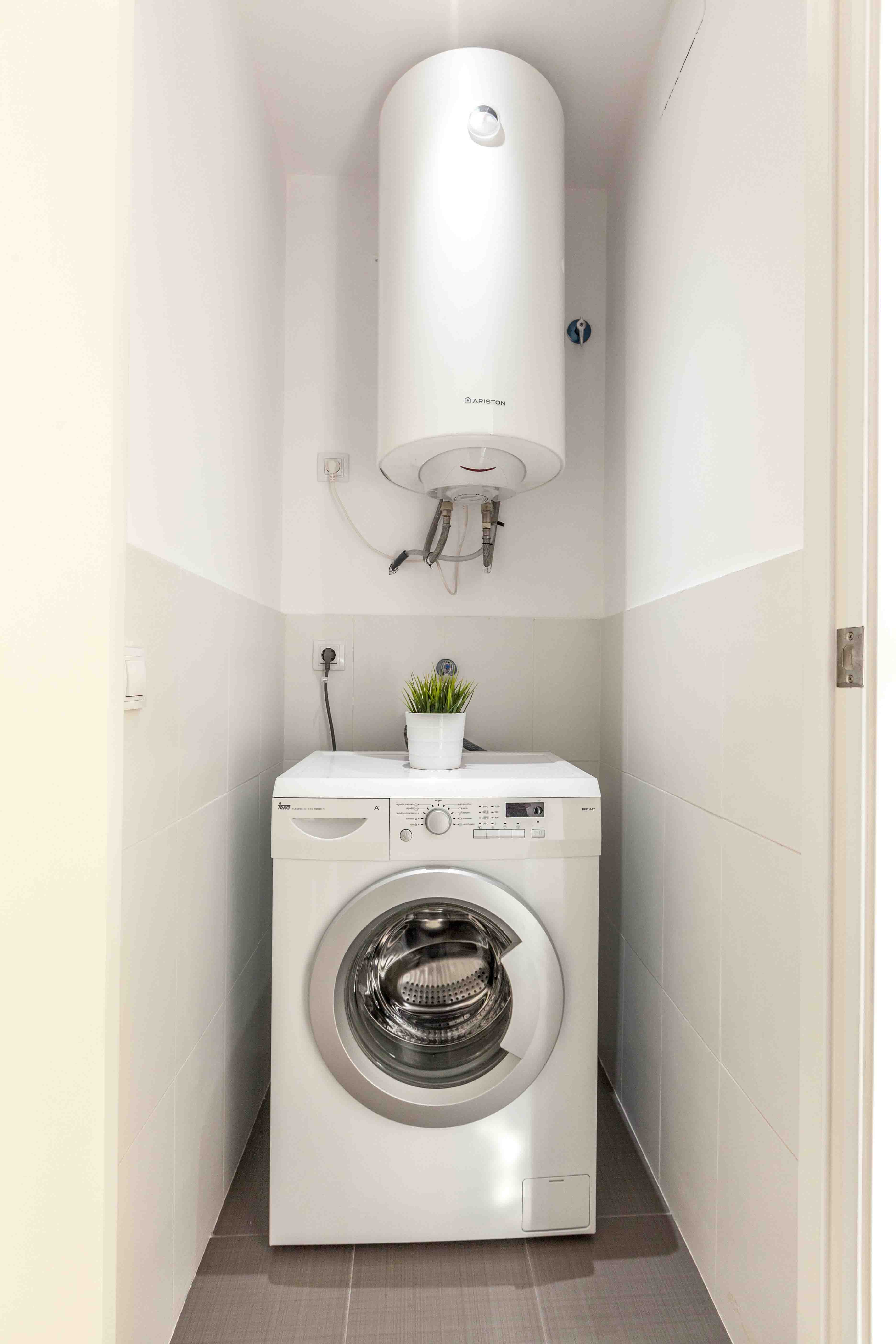 As suggested by the name, our flats are located in the up-and-coming district of Raval. What formerly was called the ‘bad district’ is nowadays converting into a fashionable place-to-be with numerous designer-shops, modern restaurants, bars, night clubs and a distinct underground art-scene.

The building has 4 identical flats, each accessible for 3 persons. Our stairway was specially designed by one of Barcelona’s upcoming artists ‘Cane Artist’ from Italy and once viewed it will leave a lasting impression on anyone.

The flats are well communicated and very close to the city’s local transport system (Metro [Liceu & Sant Antoni] & Bus stops), shopping opportunities as well as restaurants, bars and hotels; as the Hotel Barceló Raval on Rambla del Raval for instance. Although situated next to one of Raval’s main streets (Carrer de l’hospital), the Passage where the building is located provides a quiet surrounding away from traffic noise.

All the flats are newly renovated with bright and modernly furnished common areas which will make you feel at home instantly and which are taken care off by a weakly cleaning service. Each flat is divided into 3 single rooms, 1 bathroom, an open, fully equipped kitchen with a dining area and an enclosed living room with a Juliette balcony.

Room #1 is furnished with a double bed and a closet. Moreover, there is a working-desk and a shelf for personal belongings. The window is equipped with louvered blinds for a more comfortable sleeping surrounding. 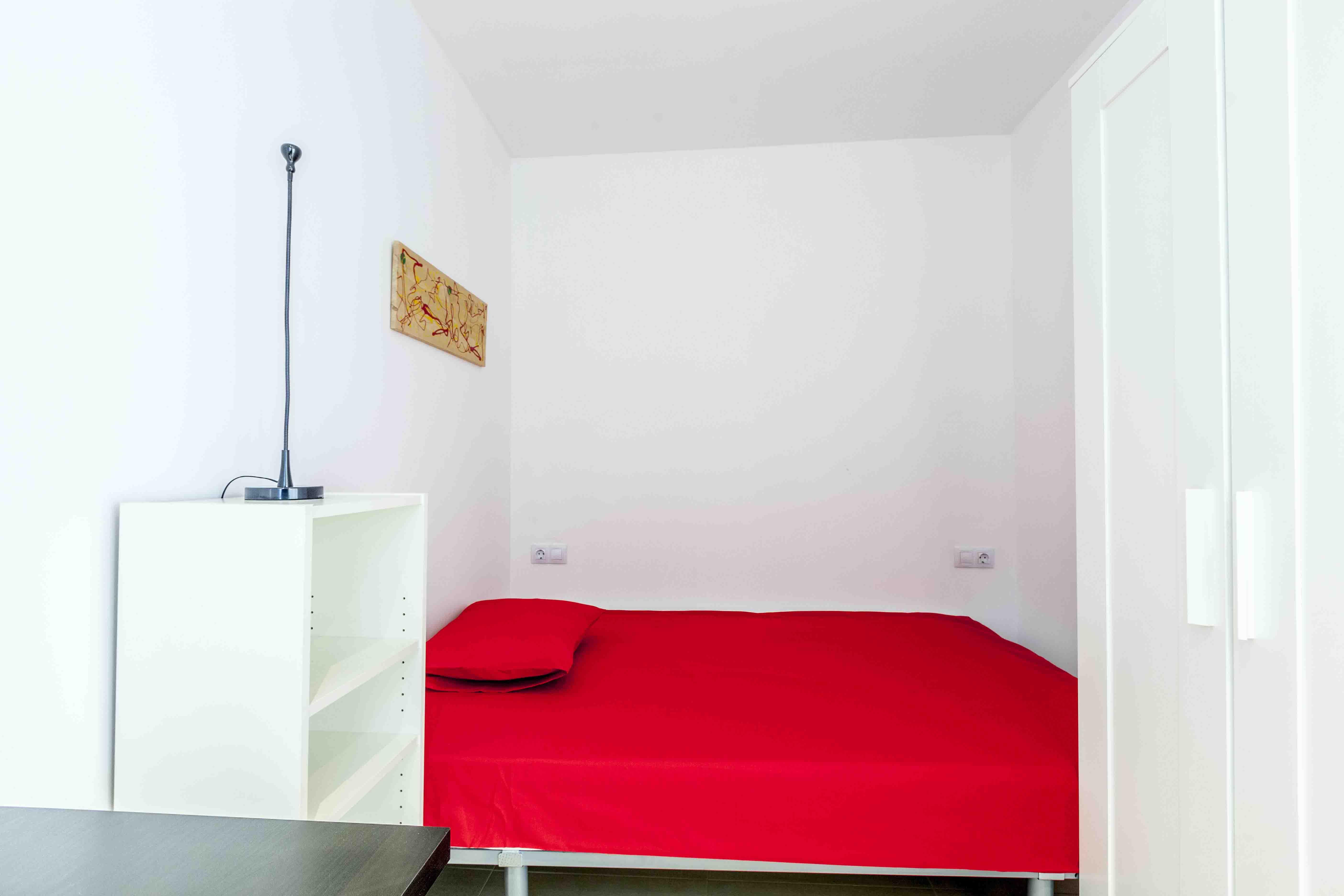 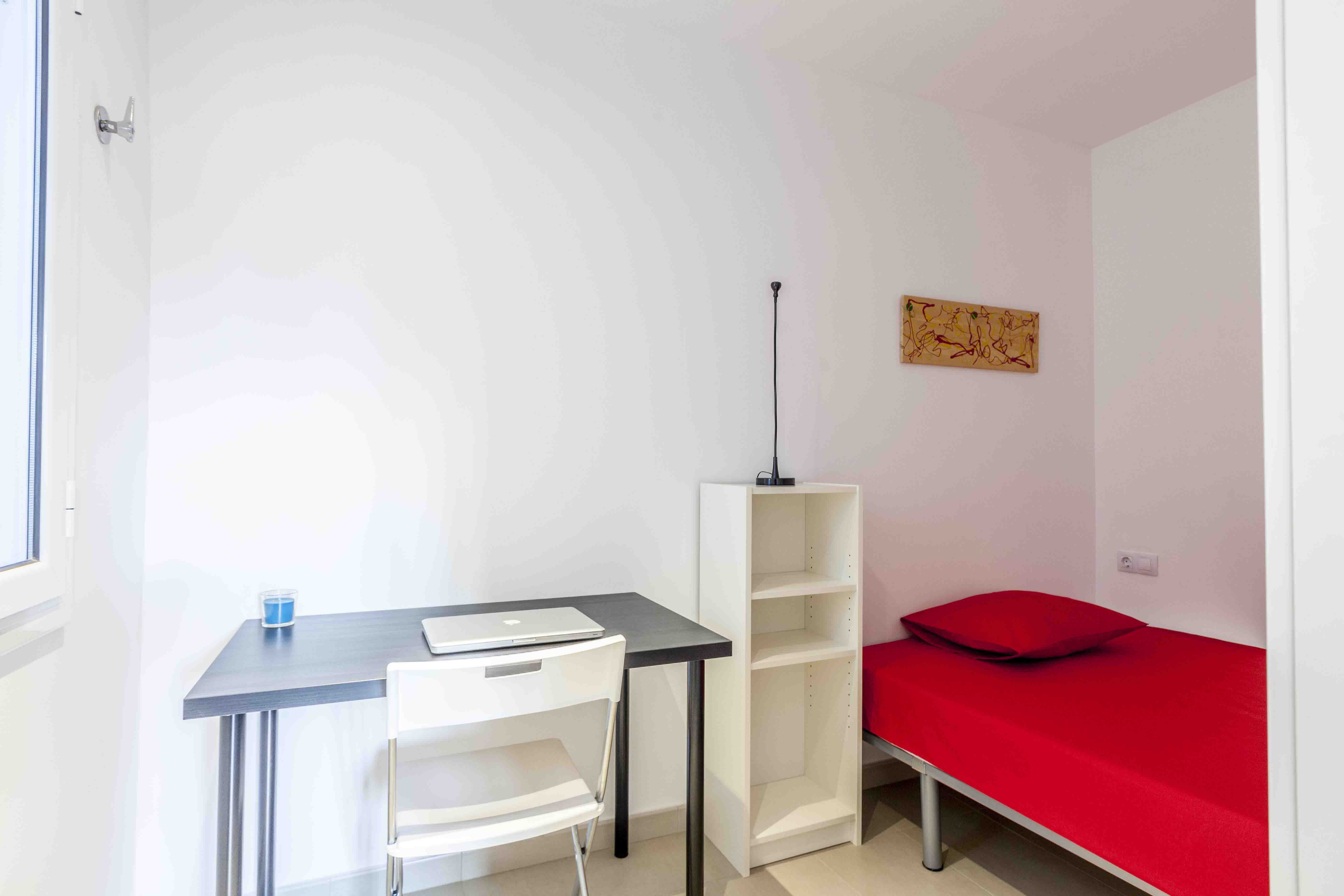 Room #2 contains a desk and a medium-sized shelf as well as a double bed and a closet. Further, there is a big window which makes the room very bright and in the night louvered blinds guarantee you a good night sleep. 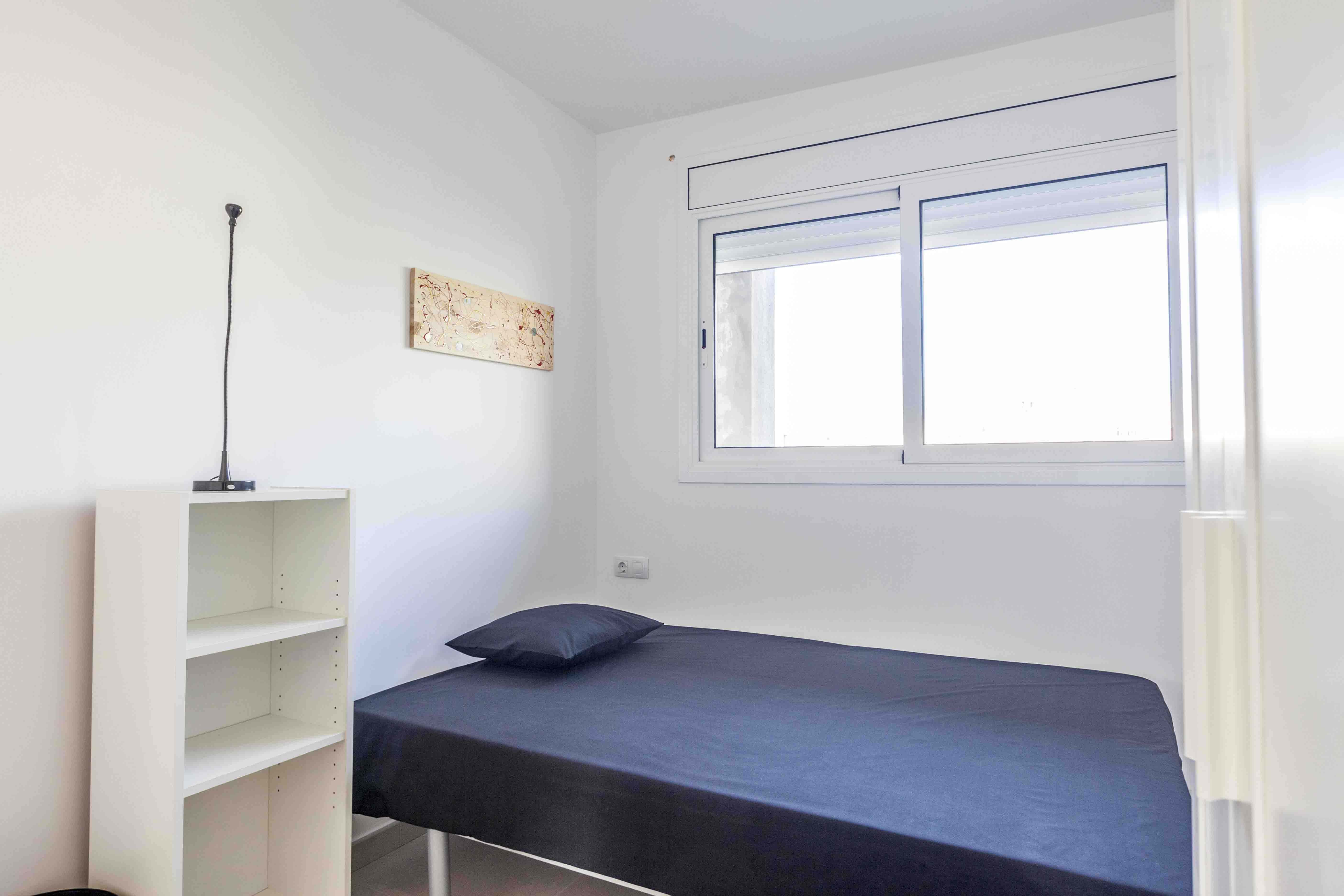 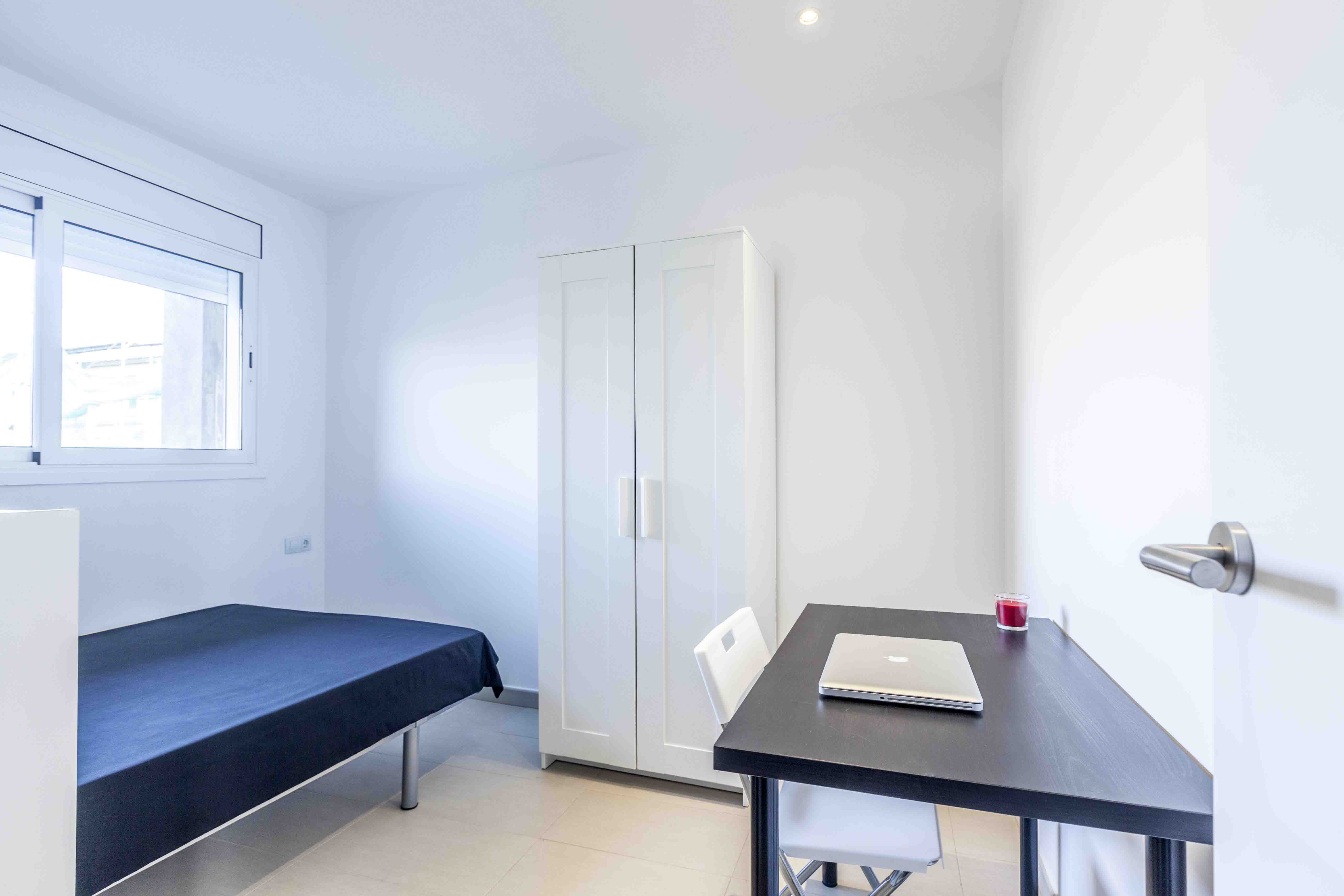 Room #3 is the brightest of all rooms and owns, equal to the living area, a Juliette balcony. Its interior is composed off a double bed, a closet as well as a working-desk and a shelf. 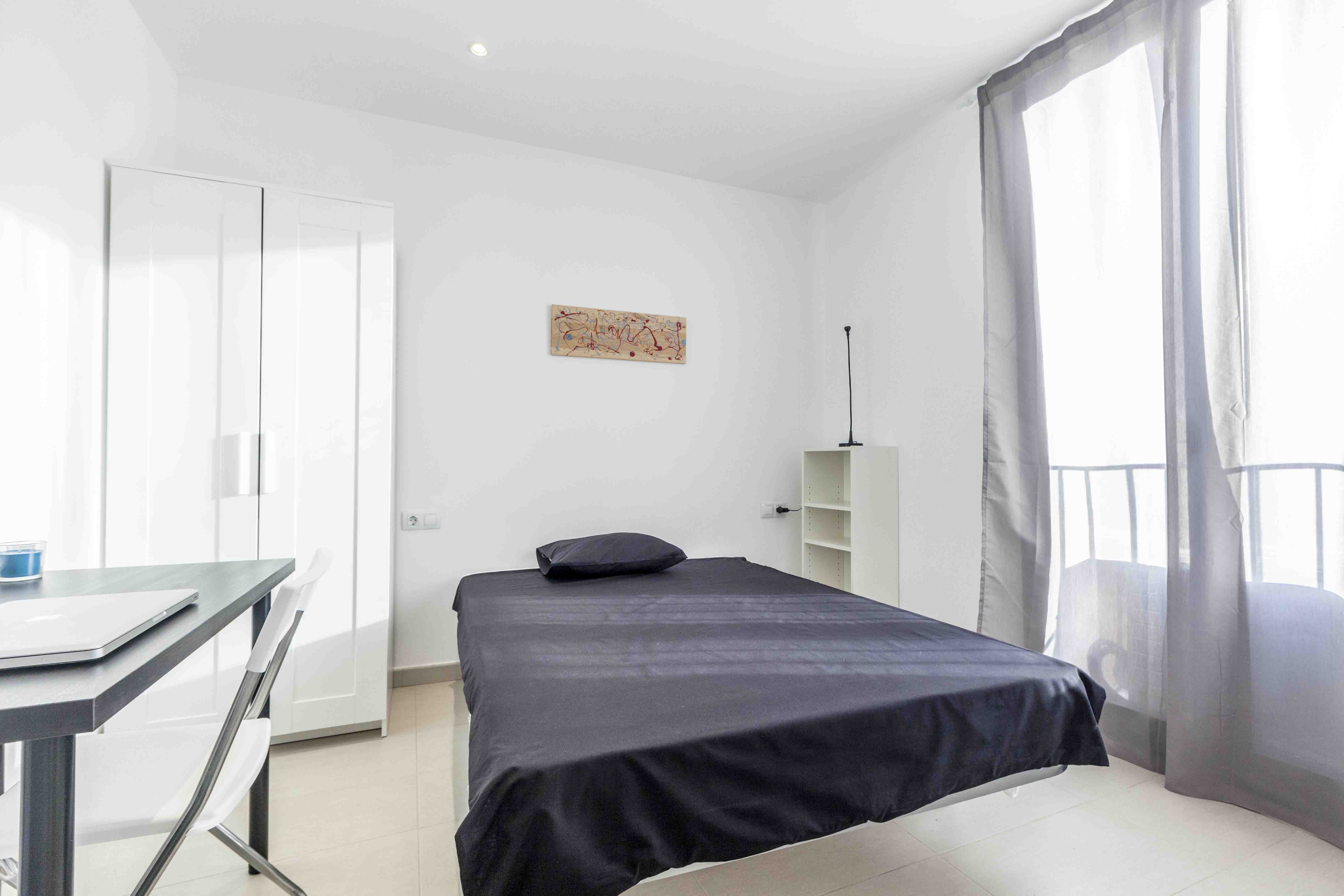